With every brand fighting to maximize their screen to body ratio, the market is filled with new standards every single day. The trends in smartphones evolved over the years from the better camera to battery to the current trend of the best screen to body ratio.

In this board where everyone is playing their cards, many brands chose to go carry the legacy of flip phones. Without any doubt, they were considered as the people’s favorite at their time but now the bar is raised by a few brands like Motorola and Samsung.

The two brands are consistently trying to capture the market of flips with their amusing devices.

Later during the 3rd quarter of 2019 Motorola announced its very ravishing brand new Motorola Razr. The phone for sure is a game-changer in the field with its unique design. Motorola Razr features the vintage Motorola’s vintage flip-style, a pretty sophisticated mechanism of flipping.

The phone is powered by an Octa-core processor. The processor itself is well balanced with its power to battery efficiency ratio by having a core configuration as 2.2 GHz, Dual-core, Kryo 360 + 1.7 GHz, Hexa Core, and Kryo 360. The processor is commonly named as Qualcomm Snapdragon 710. The processor doesn’t actually match the current flagship standards, still can do a good job on an average basis.

On moving to other aspects like camera and Battery backup, the phone gives no great shakes. The rear features a 16-megapixel camera with a good f/1.7 aperture along with a pixel size of 1.22-micron. The device also sports a 5-megapixel camera on the front, with an f/2.0 aperture. The battery disappoints with possessing 2510mAh non-removable battery, balanced with quick charging capabilities. The device comes with inbuilt 128 GB of internal storage and a good 6GB of RAM.

The phone on an overall basis is more focused on design rather than other specs. IN terms of design and built quality it is setting records but performance is a bit compromised.

Recently Samsung came up with its stunning device titled Samsung Z Flip. The phone actually raised the bar set by previous flips. Samsung has successfully shaken the market with its new sleek premium design. In terms of design, the new Z Flip sounds promising in terms of built quality, unlike other folds by Samsung.

The device sports a Dynamic AMOLED screen that is again advertised to reduce the blue light. The brand promises that the colors will be of a wide range and will provide a better cinematic experience with a screen of 6.7” with the least possible bezels (as the company claims). The device implements a three-camera setup with two 12MP units on the outside and 10MP one inside. The camera also supports a wide-angle view.

The design is also amplified by the power of the device. The device is powered by a 7nm processor and a massive 8GB of RAM. The processor is commonly titled Snapdragon 855+. The standards of flips are thereby raised as the internal storage is kept 256GB. The Z-Flip is powered with a  3300mAh massive battery. The battery is also well optimized with software to get max output.

The final impression depicts that the phone could be a game-changer for Samsung on this proliferating market.

Samsung Galaxy Xcover 5 specifications and images revealed in a leak 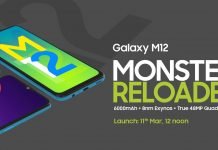 Samsung confirms launch of Galaxy M12 in India next week 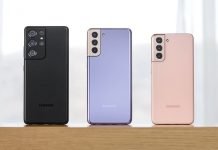 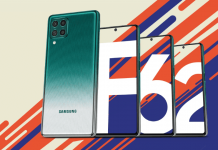 Samsung confirms the launch of Galaxy F62 in India next week 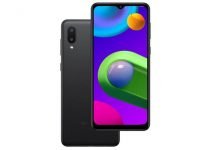 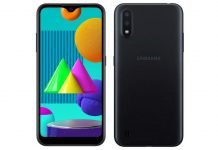 Samsung Galaxy A02 launched with MediaTek SoC and 5,000 mAh