If there is a good way to find great games for Android, it is to take into account the score of the users who have already tried them. You may not like it in the end, but the grade that gamers give to games is often vital to their success or failure.

Today we bring you a list of the best and best-rated games on Google Play Store and there are many possibilities that you will install more than one and get hooked if one is missing from your collection. There is no perfect game, neither by gameplay nor by score.

We have not found any that users have rated 5 stars, but many come close enough. The best free games for Android are also the most downloaded in the Google Play Store. Some are known and have a lot of marketing behind them, although others have come on their own and on their own merits download after downloads. Lisanilssonart.com gives you the windows version of these games, so that you can enjoy it on your pc.

Here’s the list of Top 5 free Android games that does not cost you anything.

We are facing one of the most addictive games in all of Google Play. The game puts you in the shoes of a very crazy motorist who must dodge vehicles to reach the different control points. This game started out rough but over time it has updated its graphics and added game modes.

Right now it is one of the most valued in Google Play. It has more than 100 million downloads, more than 6 million comments and a score of 4.7 stars out of five, the highest of all Android games.

This game from the creators of Clash of Clans has even surpassed this one in ratings. The community considers this RTS game better than its predecessor. We will be able to challenge players from all over the world gathering the best weapons , learning spells and creating our own army. If you’ve heard of this title and have never installed it, it might be time to give it a try.

Shooting games are almost as old as the games themselves. The difference is that we have gone from seeing a pixel in low form to hyper-realistic 3D animations. That’s what Sniper 3D Assassin offers. We will have to become an elite sniper in hundreds of different missions and with dozens of weapons at our disposal to acquire and improve or customize.

The creators of Clash of Clans, Clash Royale and Boom Beach have gotten the hang of this from mobile games. Brawl Stars is a success due to its gameplay of less than three minutes and the customization options. We will have to beat the rival team in 3 versus 3 battles. The game has five different modes, although its possibilities are gradually expanding.

Veterans will remember the classic Sega Ecco the Dolphin. That game would allow us to control a harmless dolphin. In Hungry Shark Evolution we will do something similar but controlling a ferocious megalodon. 3D graphics, addictive game mechanics and good sound effects have raised this title to the top of the best rated on Google Play.

Its description does not give many clues about what we are going to find, but we are facing one of the best flight simulators for Android or at least the best valued by users. We have hyper-realistic 3D graphics and a host of airplanes, planes and jumbos to put our expertise to use at the controls.

Although fame is usually taken by games like the Asphalt or Real Racing saga, the truth is that Street Racing 3D is more valued by the Android community. This racing game allows you to compete in street tournaments all over the world . Although its graphics are not as elaborate as other games of the same style, its style and mechanics recall some arcade classics. 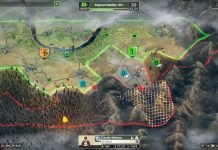 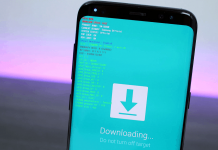 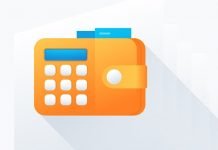 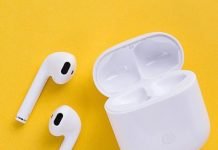